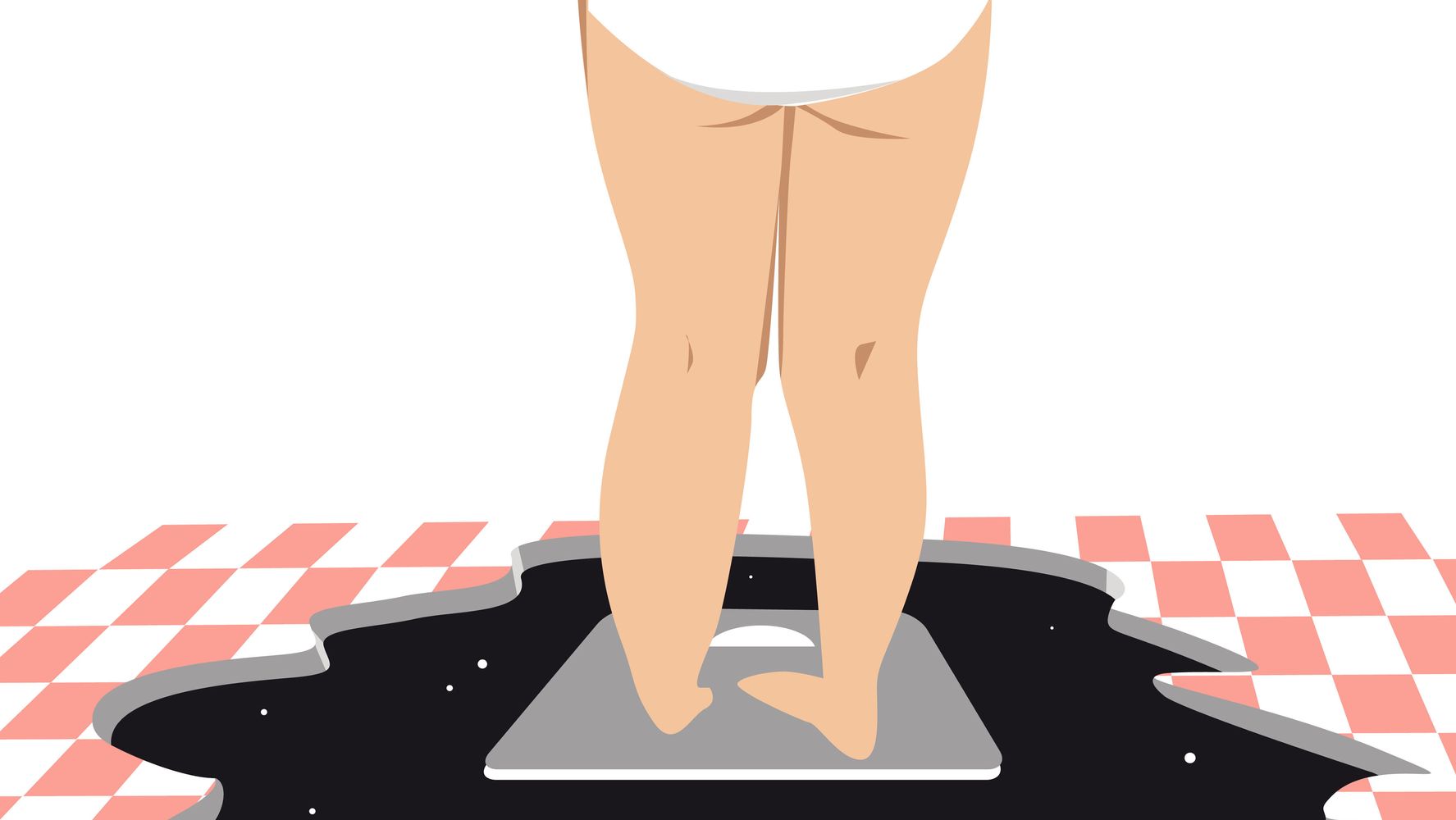 Two hundred seventy pounds. I step off the scale and sigh. When the scale isn’t moving with a healthy diet and exercise, and the bad thoughts begin again, something in the back of my mind reminds me of the only way I’ve lost weight before ― by starving myself. After all, everyone wants to see results, right?

Eating disorders as a whole are relatively misunderstood, and the misunderstandings become even worse if you don’t “look” the part.

Anorexia nervosa is an eating disorder defined by an unhealthy restriction of calories and sometimes over-exercising. Patients diagnosed with anorexia are underweight and suffer from intense body dysmorphia, and the physical effects of long-term restriction can wreak havoc on a patient, both physically and mentally.

Atypical anorexia is practically the same as anorexia nervosa. The only difference? The patient isn’t underweight. The “atypical” part means the patient is of normal weight or overweight. In my case, for my height, I’m considered morbidly obese. No one notices the effects of atypical anorexia when I restrict my meals to a few bites a day. Instead, they applaud my weight loss as me finally getting control of my body and being healthy again, when nothing could be further from the truth.

I’ve never had a healthy relationship with food, but the first time I really experienced unhealthy food restriction and anorexia was my first year of college. This is not exactly surprising, as the stress of leaving home and higher education leads to the fruition of a number of mental health problems, eating disorders included. But I fell into anorexic tendencies initially by accident. I simply had no money.

The college I went to had no meal plans for students on campus, and my father couldn’t afford to send me money or food. Near the end of the first year, I was surviving solely off the occasional social food event and what my roommate in a similar position could get from her slightly better-off parents. It wasn’t a great time and it eventually led me to drop out of school.

But there was one positive, at least in my eyes … I lost weight.

Enough weight, in fact, to finally be what was considered a “normal” weight for my height. I felt great about myself, but when I’m thinking rationally, I know how bad off I really was. I was a “normal” weight, yes, but it was the result of losing muscle density, not fat. I was prone to getting sick extremely quickly, and vertigo constantly plagued me.

Yet when it comes to overweight people, no one particularly cares how you lose weight, just that you do. The ever-present and ever-dangerous dieting industry is a testament to that, with fad diets that can destroy a person’s physical health as they strive for a body that looks like our society’s idea of health. Meanwhile, I’m overweight, but all of my physicals have had me in completely perfect health.

Being fat feels like a cardinal sin in society. So it’s little wonder that I continuously fall back into anorexic eating habits, despite clearly knowing how bad they are for me. My worst drift back into atypical anorexia was about five years ago. Life events put me under an incredible amount of stress, and I eventually stopped eating any meaningful meals. I lived off crackers, energy drinks and the occasional chicken tender if my stomach could handle it. I even meticulously counted my calories in a tracking app and ignored the app’s daily warnings that I was eating too little.

No one batted an eye when I lost 40 pounds in three months or so. Instead, everyone told me how good I looked and that they were jealous of my weight loss. It was the confidence booster I needed, but it also reinforced in my mind that maybe becoming anorexic wasn’t a bad thing. I was even saving money not eating so much!

I ended up getting extremely sick about five months into this restriction cycle. Since my immune system wasn’t at its best, I caught a nasty virus going around and was feverish and bedridden for a week. As I lay in my apartment sick and alone, I realized I had to start taking care of myself. I slowly started to eat more, although it wasn’t enough when I began overexercising again. It wasn’t until an accident damaged my knee that I was sufficiently sedentary to really stop the cycle.

But when a restriction cycle ends, the weight gain begins. This isn’t a surprise, given that most brains will activate a “starvation mode” when, well, they think you’re starving. When someone stops restricting their calories, the body may then store as much of this newfound energy immediately as fat, just in case it happens again. It makes recovering from any form of anorexia very hard ― when you’ve been fighting tooth and nail to lose weight, gaining it back faster than you lost it can send you into another spiral.

Thankfully, I have a good support system in my life that can see beyond the idea that weight loss equals good. Having someone just notice that maybe I should eat a second helping of food, or maybe I should grab some cashews to go with that energy drink was enough to help me realize that what I was doing to my body wasn’t right.

That was the last time I went into a full anorexic spiral, though I’ve had plenty of close calls since. Certain restrictive diets can trigger my tendencies, and while I’ve learned healthy ways to count calories, I have to be careful about tracking both calories and my weight when my mental health is low. I’ve had to learn how to control my impulses by myself because I know no one else is going to believe any of my issues. Even if they did, getting insurance to pay for expensive treatment is hard enough when you have anorexia nervosa. It’s almost impossible if you’re saying you’re anorexic and don’t look anorexic.

I’ve learned to pay attention to what I eat, in a good way, and eat as healthy as I can. I’m lucky that I can deal with my symptoms without medication, even if my metabolism is ruined. It takes a lot to push away the bad thoughts of “eating too much” and looking at my body negatively, but as long as I remember that I’m working to be healthy, not thin, it becomes easier to look at myself in the mirror.

Do you have a compelling personal story you’d like to see published on HuffPost? Find out what we’re looking for here and send us a pitch!

Why ‘Before And After’ Photos Are More Problematic Than You Think