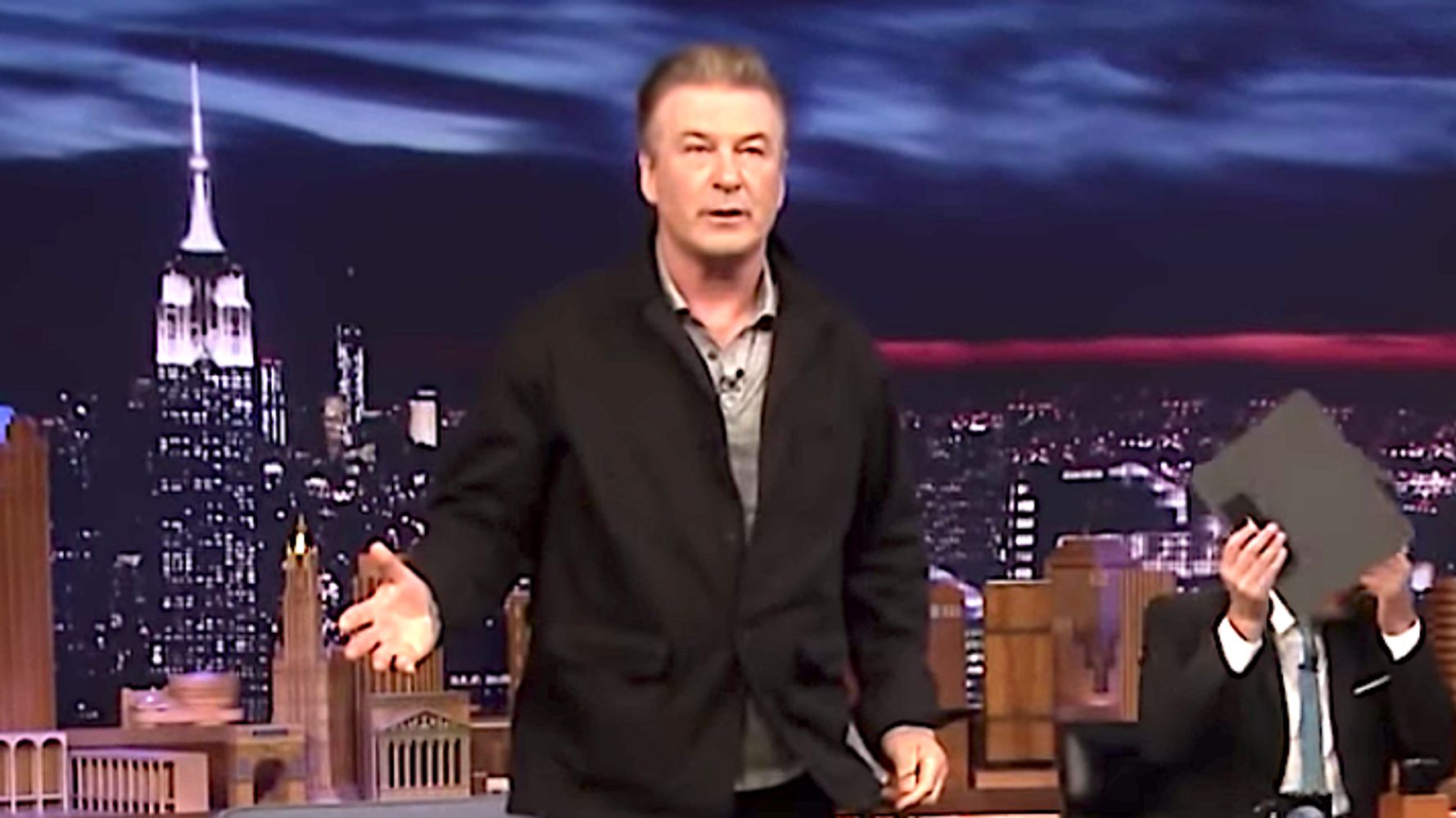 Alec Baldwin went from the guy who impersonates President Donald Trump to the talk show guest who drops his pants on “The Tonight Show” Sunday. (See the video above.)

Baldwin, appearing on a special post-“Sunday Night Football” episode with Jimmy Fallon, jabbed at the host for outfitting a stunt dummy of Baldwin with extra stomach padding on his “Tonight Show” birthday appearance in April.

“You had to put like the added gut on the dummy?” the “Motherless Brooklyn” actor asked Fallon.

Then came the unexpected reveal.

“You wanna see how much weight I’ve lost? Ready? My pants don’t even fit me anymore,” Baldwin boasted.

Baldwin unhitched his trousers and down they went, prompting Fallon to cover Baldwin with a placard.

By the way, Baldwin has taken his pants off on the talk show circuit before to show that he’s dropped a few.

Watch the fun above and stick around for Baldwin’s story of how “Saturday Night Live” producer Lorne Michaels talked him into portraying Trump again this season via a “Jedi mind trick.”

Can COVID-19 Cause Hair Loss? Here’s What You Need To Know

Influencer Admits She Relied On Cocaine, Cigarettes To Keep Weight Down